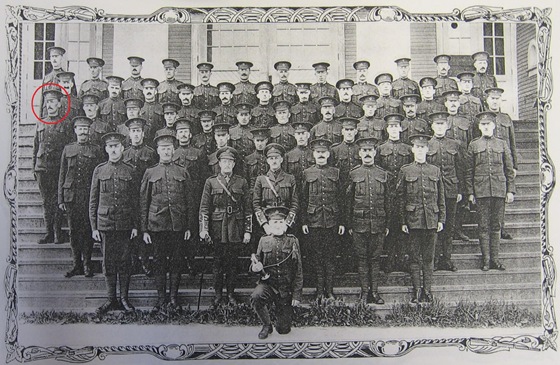 SERVICE RECORD: George and Katherine were  married on the 28th of April 1911 at Edinburgh, Scotland.  He was serving in the 30th battalion. Came down with influenza.  He received a severe concussion, which caused him deafness, and chronic tinnitus caused by the war.  George served  his country for three years.
Posted by niftyniall at 1:49 AM