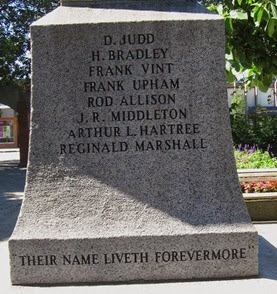 Eastern side of the plinth 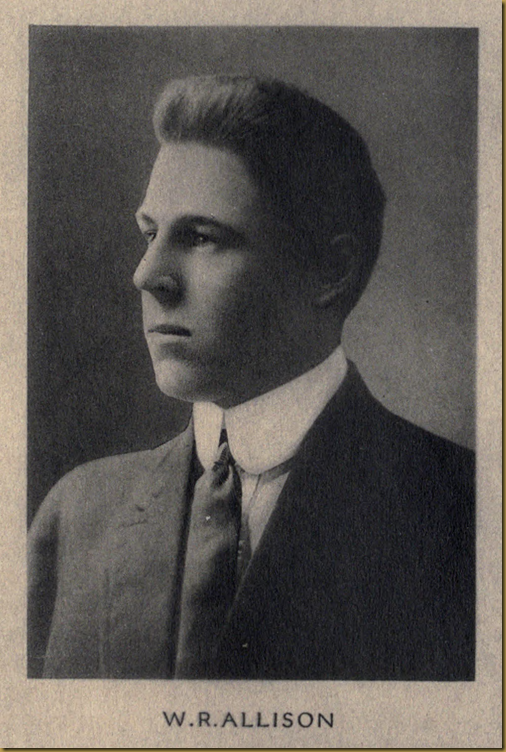 Photo of William Roderick Allison from a 1921 commemorative album, created
by the Bank of Montreal, for whom Rod worked for in Port Coquitlam.
Source: Memorial of the Great War, 1914-1918 : a record of service (1921) 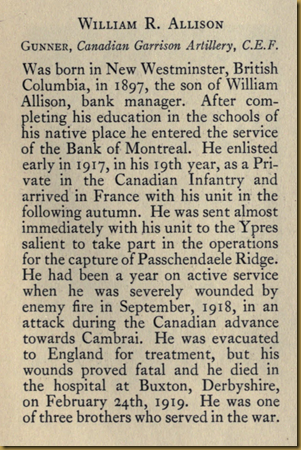 William R. Allison
Gunner, Canadian Garrison Artillery, C.E.F.
Was born in New Westminster, in 1897, the son of William Allison, Bank manager. After completing his education in the schools of his native place he entered the service of the Bank of Montreal. He enlisted early in 1917, in his 19th year, as a Private in the Canadian Infantry and arrived in France with his unit in the following autumn. He was sent almost immediately with his unit to the Ypres salient to take part in the operations for the capture of Passchendaele Ridge. He had been a year on active service when he was severely wounded by enemy fire in September, 1918, in an attack during the Canadian advance towards Cambrai. He was evacuated to England for treatment, but his wounds proved fatal and he died in the hospital at Buxton, Derbyshire, on February 24th, 1919. He was one of three brothers who served in the war. 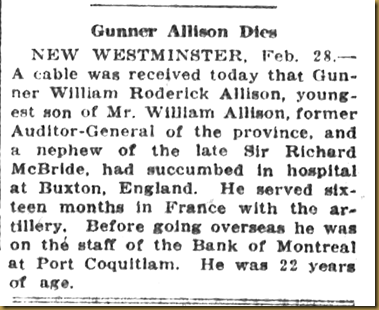 
1918 November 7  The Daily Colonist
Gunner, Allison
Gunner, W. Roderick Allison, youngest son of Mr. and Mrs. William Allison, of 2382 Saratoga Avenue, Victoria, has been wounded during the recent fighting around Cambrai, and is now in hospital in England with injuries to the chest and a fractured right arm.  One of his brothers, who belongs to the Princess Pats, is also in hospital after a long period in the trenches, and a second brother is first mechanic with the R.A.F. in Ontario.

1919 March 1, page 5 The Daily Colonist
Gunner Allison dies
New Westminster, Feb. 28.--- A cable was received today that Gunner William Roderick Allison, youngest son of Mr. William Allison, former Auditor-General of the province, and a nephew of the late Sir Richard McBride,  had succumbed in hospital at Buxton, England. He served sixteen months in France with the artillery. Before going overseas he was on the staff of the Bank of Montreal at Port Coquitlam. He was 22 years of age.
Article  From  The Daily Colonist 1917 December 16


GERTRUDE ALLISON
( the mother of three fighting men )
Dear women, the beloved of our fighting men, remember how they need us now, to "stand by" and send them help to "carry on"! Delay is defeat! Delay is betrayal!

Canada is entered for the finish, and must not falter! Sink all party feeling, now. Vote for the Union Government, pledged to send immediate help. Without it our men must fail. What then will come to us? Not only their contempt, be well assured. To wait for volunteers is fallacy. Dear women, there never was such an opportunity for us to help! Let us seize it! Let us use it! 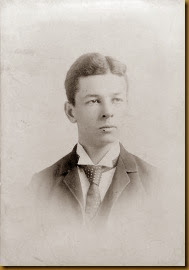 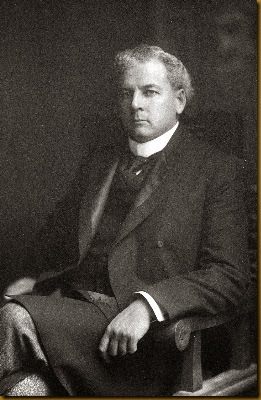 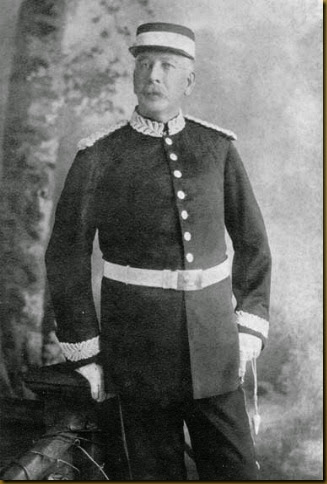 Father: William Allison  1865 - 1929
On the 4th of August 1914 William Allison, Auditor-General signed a $1,150,000 cheque to pay for two submarines that were originally built for the Chilean government, but they never took possession of them.
William worked for the Bank of B.C., and its successor Canadian Bank of Commerce, then the Land Registry Office, in New Westminster, later was the Government Agent for Hazelton. Government passed Audit act in 1913 he was appointed Auditor-General April 1, 1913 - January 1, 1917, then the office was abolished. not another Auditor-General until 1977. The very first Auditor-General was in 1861.
William was a brother-in-law of Sir Richard McBride who led the Conservative Government at the time. William also warned that the government was spending more than the incoming revenue in December 1913.
He married Gertrude McBride on the 12th of October 1892 at New Westminster, B.C.

They had three sons:

Alexander John “Jack” Allison ( 1895 – 1970 ) Alexander married Sarah Beatrice “Bea” Matheson, in 1935 at New Westminster. Attestation 487528
Jack was  seriously wounded at Lens, but recovered from his injuries and returned to New Westminster. A graduate of Royal City High School, Jack Allison was a noted local athlete. He had begun his study of law at Osgoode Hall in Toronto, Ontario, and was articling at the law firm of Whiteside, Edmonds, and Whiteside. However, in 1916 he interrupted his study of law to enlist in the Canadian Expeditionary Force. After the war, he returned to his studies and graduated from Osgoode Hall in 1921.Upon his return to New Westminster, he opened his own office in the Westminster Trust Building.
Allison Street, in New Westminster was named after him in 1973. Lived at 901 Edinburgh Street, New Westminster for a long time. Became Alderman, and Mayor of New Westminster in his career. 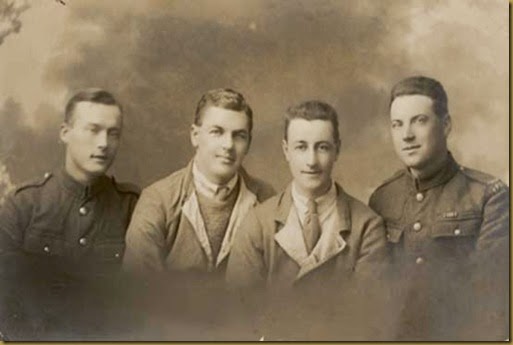 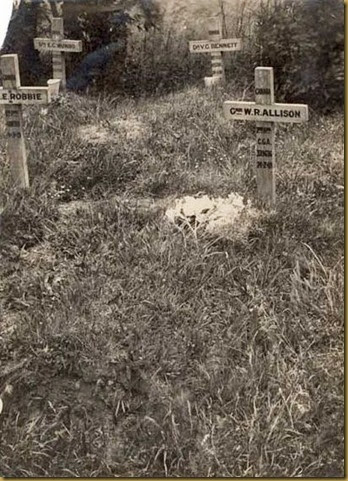