Central School honour roll
Wilfred Harold Coleman  131st Battalion, 158th Battalion. 790559
Signed his attestation papers on the 7th of February 1916  at New Westminster, B.C. He worked as an electrician Wilfred was born on the 29th of April 1896 at Boissevain, Manitoba. He was living in Port Coquitlam with his wife, Caroline  Martha Elizabeth Baird ( 1898 – 1960 ) they were married in 1916 at New Westminster  he was working as an electrician at this time.

Children of Wilfred and Caroline:

His previous military service was with the 158th Battalion, 104th Regiment, for a period of sixteen months.
His parents were: Robert John Coleman 1873 – 1940 & Margaret Cecilia Meakin  1879 - 1965
They had numerous children see the other two Coleman entries on this blog, both are brothers of Wilfred.

Service Record:  He was designated as medically unfit on the 19th of September 1916 at the Vernon Camp.  He was previously for one month in the 158th Battalion from the 6th of January 1916 to the 6th of February 1916, then in the 131st Battalion from February until September 1916.  He was having troubles with abdominal pain, from a previous appendix operation.     He tried to serve his country. 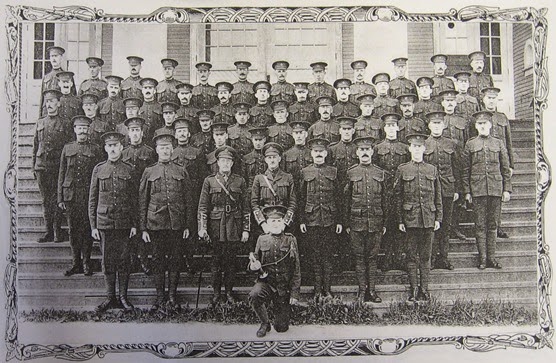